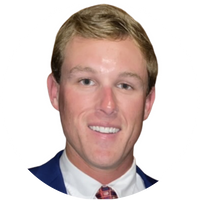 Peyton was born March 17, 1998 and is a native of Cleveland, MS. Peyton began his education by attending Bayou Academy where he graduated in May of 2016.  Peyton spent two years at Mississippi Delta Community College where he was inducted into the Academic Hall of Fame before obtaining his Associate of Arts in Business during the spring of 2018. Peyton later transferred to Delta State University where he graduated with numerous honors prior to obtaining his Bachelor of Business Administration in Finance during the spring of 2020. Peyton currently attends The University of Alabama where he is completing his Master of Science in Family Financial Planning and Counseling. Peyton also holds a certificate in Alternative Investments from Harvard Business School.

Peyton was a member of Phi-Beta Lambda, an organization for business students, during his tenure at Mississippi Delta Community College and Delta State University. Peyton enjoyed competing in finance competitions while he was an active participant of the organization. His drive for finance helped him achieve over 6 first place finishes in the State of Mississippi. He eventually traveled to San Antonio, Texas to compete in Financial Analysis & Decision Making on a national level. His effort and momentum helped him bring the prize back to the Delta. Peyton placed #1 in the Nation for his respective category, ousting over 29 states and 70 competitors.

Peyton is a die-hard Alabama football fan. He also enjoys traveling and spending time with his Bengal cat (Beamer).  If you can’t find him outdoors or with family, he is probably somewhere trying to figure out where the stock market is headed.